“What we hadn’t reckoned with was the Seattle Police Department, who single-handedly managed to turn a peaceful protest into a riot.” - Britain’s Environment Minister, Michael Meacher

I just sent this off to the publicity people for a new film, opening in theaters now, as they say.

I don't usually do film reviews on graphictruth.com, and I am not wanting to be on your list of "usual suspects," though I'm interested in UNusual films. The hook for me was that my state senator and majority leader, Harry Reid, handed off a copy to John Kerry - who watched it and sent out a notice to his entire mailing list. Graphictruth.com is pretty much about what it sounds like, and it sounds like this is a very graphic truth indeed. For me, the fact that the ball started rolling on this in 2003 is to me the most interesting part of this story. It takes that long for the consequences of some acts to materialize, sometimes even longer. This seems to be all about unintended, unimagined and unimaginable consequences. I really, really do not want to see this film. I expect it will give me nightmares. Can you please send me a review copy? Regards; Bob King Graphictruth.com

I can count the number of times I've done something like this on my thumbs. And I'm doing it knowing that it is going to have a certain message, it is going to portray a certain reality that will be unpalatable to those who think that the War in Iraq and the War on Terror are inseparable.But in fact, when you go to war - every time, and for whatever reason, you must pay the Butcher's Bill - and the horrifying truth is that each and every soldier who faces combat is affected forever. This paragraph comes from John Kerry's letter.

The former top operating officer at the Pentagon, a Marine Lieutenant General, once said of Iraq that "the commitment of our forces to this fight was done with a casualness and swagger that are the special province of those who have never had to execute these missions --or bury the results."

I've never seriously considered myself to be anti-war. It strikes me rather like being anti-hurricane. It really doesn't matter to the hurricane whether you are philosophically opposed to it's existence or not. One can prepare for it, one can avoid being in it or choose to endure it, one must respond to it intelligently and clean up the mess so that life can return to normal. These are common sense observations, and wars come upon us for many reasons, many of which are no more under our control than the weather.

I am pro-peace - and to me, the best way to ensure peace and the best way to return to a state of peace subsequent to war is to have a very efficient and powerful response to aggression, and as realistic an appreciation as possible as to the costs of war upon the people asked to fight it and those who must stay at home. Above all, don't stupidly create conditions that may provoke a war.

There is a huge, indefinable, but real price that must be paid over the generations for every act of war, for ever war that starts due to foolishness, misadventure, miscalculation, aggression, need, greed, the hunger for power or the desire for "living room."

Thousands of years ago, Sun Tsu considered all these things in his "Art of War," a book George W. Bush has clearly never read, or at least comprehended. Source: Shonshi.com; Links indicated with question marks lead to related discussion threads:

If one gains victory in battle and is successful in attacks, but does not exploit those achievements, it is disastrous.

This is called waste and delay. ?

Therefore, I say the wise general thinks about it, and the good general executes it. ?

If it is not advantageous, do not move;

if there is no gain, do not use troops;

if there is no danger, do not do battle. ?

The ruler may not move his army out of anger; the general may not do battle out of wrath. ? If it is advantageous, move;

if it is not advantageous, stop. ?

Those angry will be happy again, and those wrathful will be cheerful again, but a destroyed nation cannot exist again, the dead cannot be brought back to life. ?

Therefore, the enlightened ruler is prudent, the good general is cautious.

This is the Way of securing the nation, and preserving the army. ?

And I could not resist adding this further citation from the very first page: 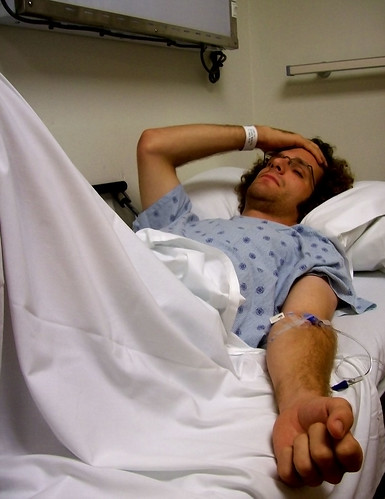 "Pinochet's coup in Chile. The massacre in Tiananmen Square. The collapse of the Soviet Union. September 11th, 2001. The war on Iraq. The Asian tsunami and Hurricane Katrina. Award-winning investigative journalist Naomi Klein brings together all of these world-changing events in her new book, "The Shock Doctrine: The Rise of Disaster Capitalism." In her first national broadcast interview since the publication of "The Shock Doctrine," Klein joins us in our fire house studio for the hour. Klein writes, "The history of the contemporary free market was written in shocks." She argues that "Some of the most infamous human rights violations of the past thirty-five years, which have tended to be viewed as sadistic acts carried out by anti-democratic regimes, were in fact either committed with the deliberate intent of terrorizing the public or actively harnessed to prepare the ground for the introduction of radical free-market reforms.""

Director Alfonso Cuarón, who made the exceptional "Children of Men", colaborates with Naomi on a short film based on the book, "The Shock Doctrine"". Download the film:

The Shock Doctrine: The Rise of Disaster Capitalism

NO LOGO: No Space, No Choice, No Jobs

Morality is a function of Darwinian evolution.

Patricia Churchland, who chairs the University of California, San Diego Philosophy Department, focuses also on neuroethics and attempts to understand choice, responsibility and the basis of moral norms in terms of brain function, evolution and brain-culture interactions. Her books include Brain-Wise, Neurophilosophy: Toward a Unified Science of the Mind-Brain and On the Contrary, with Paul M. Churchland.

Neil de Grasse Tyson , the new host of the PBS-TV program "NOVA science NOW", is director of the Hayden Planetarium in the Rose Center For Earth and Space at the American Museum of Natural History. He is the recipient of seven honorary doctorates and the NASA Distinguished Public Service Medal.

The Sky Is Not the Limit: Adventures of an Urban Astrophysicist by Neil De Grasse Tyson

This community is a place where we come to gain spiritual growth and a better understanding of each other. And hopefully, deeper friendships. All while sharing our insights into various Bible readings.

Every two or three days, there will be a new reading posted along with some questions. These questions are designed to help us get to know each other and examine our own spirit while delving into a deeper understanding of what God wants for us.

Remember, there are no wrong answers. When you comment, please do so with understanding and the motive of holding each other up as we learn and grow together. Please do not comment if the goal is to tear down someone's thoughts. Debate is welcome, yet use discression.

Via The Picket Line:

The Collected Works of Mahatma Gandhi Online. 98 volumes of his writings, speeches, and interviews, free-of-charge.

I wonder how long it will be before a conspiracy theorist makes the connection between the new port deal (more cronyism-Snow and the new marad administrator) and 9/11?

I mean, think about the implications...UAE, terrorists, planes into buildings, and the horrible loss of life...

Now think about the possibility here-and I throw this out to any conspiracy theorist who wishes to pick it up, if UAE and the Dubai port contract is not inherently threatening to our port and national security, as determined by admin lickspittles, could it be because folks 'in the know' already knew that 9/11 was at least a LIHOP and at worst a MIHOP? Would explain the readiness to do the port deal. Gives pause to think, heh? Our enemy is not REALLY our enemy, it is a fiction under which we might make money.

Personally, I chalk it up to a simple combo-greed, cronyism, incompetence and the all emcompassing conservative concept that we are all too stupid to get it, and their closely held belief that they are too smart for us anyway because they are superior beings.

It is rather amazing isn't it? All these military-industrial corporattions losing out on the Cold War business surge that lasted for decades. The peace dividend was staring them in their face. They were about to lose the most giving teat they ever had. Could not do that, couldn't go there. Carlyle group in tatters, no income... Need a new enemy to ramp the country up, maintain our empire and profits. Need a BIG enemy. Let's have a religious war-how about them Muslims? Great deat-picks up the business world, the M-I'complex' the fundamentalist Christians/rapturists, Zionists, neocons,reduces the unemployment figures and on and on. So many answers to their problems. Let's have another 'great' and powerful oponent, even if we manufacture it from whole cloth.

Hmmmmmmm. Makes ya wonder, does it not?

We still love livejournal, don't get us wrong. But we're trying something new at the Liberal Christians Network, where you can now post about Politics and Religion.

I could use some able assistants. We now have newsfeeds coming into the news and views area. What I would like to do is have a team of people split up the newsfeeds between them and scour them daily for interesting articles. Then (after signing up for the blog) they would need to post a paragraph and a link to the rest of the article. We will include both off-site articles and relevant on-site ones as they start to come in.

The goal is to provide 3 excellent newsfeeds of our own in Religion, Politics, and Green Living. If you have a passion for any of those areas and want to help people become informed, and if you are committed to doing about 15 minutes of cutting and pasting per day everyday we could have those most excellent newsfeeds up and running in no time. :)

Additionally, again if you have a passion for a particular area.. such as Gay Christianity, and would like to adopt or co-adopt that topic you could take on the responsibilities for finding and adding new content as well as writing some of your own.
Collapse